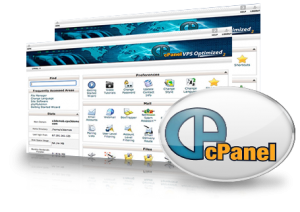 cPanel servers are control panels based on web and used by a wide range of hosting companies that aim to provide services in VPS, shared and dedicating hosting. We at eLite Server Management, have a team of technical experts and professionals who are focused at offering exceptional technical services and have huge experience of working on multiple servers.

Our server management team at eLite Server Management is available 24×7; we are always ready to resolve even your most complex server issues.

Features that We Majorly Focus On

Here is a list of server tasks that our experts are capable of performing. Our popular services include:

Additionally, you must prefer us because we are confident about resolving your issues much faster than various other companies in the league that only claim to perform the job at the earliest. The in-depth knowledge and expertise of our team makes it easy for us to provide you the kind of service you have always wanted.

Our Services In Details

Here are some of the exclusive features and services in detail that we provide at cPanel Server Experts.

Assistance on unlimited administration tickets, open separate tickets for different issues and we shall resolve them all; guaranteed 24 hour resolution time Capability to attend most of the issues (via tickets) within 30 minutes thus guaranteeing a good response time Fast, reliable and easy new server setup.

Sharp focus on server security through secure and effective security software installation Free consultation on your issues and troubles you face in projects.

High conviction in offering permanent solution by going into the root cause of the problem and fixing it up there Server security audits are performed and you are reported via regular mails Server migration assistance on a whole; 24*7 server monitoring that includes ping monitoring High performance web server support.

Clever server optimization so that you don’t lose on slow websites; aim is to focus on increased speed

Most importantly, we offer most upgrade facilities on request and we are also available at a time you would not expect assistance elsewhere.

What is cPanel server management?

The stability of your cPanel server is critical to your business success. With cPanel server management, you can ensure your server is always up to date, performs optimally, and remains protected against everything from DDoS attacks to malware injections. From cPanel software installation and setting up of your servers initially to server migration and account transfer, server optimization, server security and hardening, and server monitoring, we offer them all as part of our cPanel server management services.

Is cPanel a server?

No, cPanel isn’t a server. Instead, it’s a control panel that most web hosting companies offer their clients as part of their hosting packages. cPanel is a Linux-based, online graphical interface (GUI) that’s employed as a control panel to simplify website and web server management. Using cPanel, you can manage domains, publish websites, create email accounts, arrange web files, and do a lot more.

What is server management?

Server management refers to the process of monitoring and maintaining servers to let them function optimally. It also covers the management of software, hardware, backups, and security. The primary goals of an efficient server management strategy are to create secure server environments, mitigate and hopefully eliminate server downtime and slowdowns, and ensure servers continue to meet the requirements of a business as it grows.

Where is the server in cPanel?

cPanel consists of two interfaces. One is a user interface named cPanel, while the other is a server management interface called WHM or Web Host Manager. This blend of interfaces lets users manage their websites while giving hosting providers the necessary tools to manage the server. You can use the Server Information interface to find out your server’s version of cPanel & WHM.

What is cPanel server hardening?

Server hardening refers to the process by which maximum pieces of security software are installed and configured on the server to help prevent different security threats. Some key steps involved in server hardening are:

CSF: CongfigServer Security Firewall has become an inevitable part of cPanel servers as it strengthens the security layer significantly. Instead of acting as a mere firewall, it can also be configured to monitor emailing, server load, processes, etc., all of which make it an effective security suit for the server.
Apache: Securing Apache is another important step. Usually, it’s recommended to set everything to ‘PCI Compliant’ in WHM’s Apache Global Configuration. You should also consider enabling SymLink Security Patch from EasyApache (in case you don’t have CloudLinux kernel installed), disabling Directory Listing, and enabling PJP Open Base Dir Restriction.

Disabling unwanted processes that aren’t required for OS installation, tweaking some kernel variables to prevent attacks like SYNFLOOD, and making security tweaks to cPanel like disabling compiler access, background process killer, enforcing SSL, etc., are some other ways that are used for server hardening.

What is cPanel server monitoring?

cPanel server monitoring includes checking for abnormal RAM, CPU, network, web server requests, and other metrics that are likely to adversely affect server performance. With such close monitoring, we can take an instantaneous action in case we detect an anomaly and even offer you support as and when you need it.

What is cPanel server administration?

This involves different tasks for which you’ll need to have all the permission over the server. From creation, modification, or deletion of any account from the cPanel server to uploading files, handling databases, creating emails, setting cron jobs, etc., you can do them all and more with cPanel server administration.